I’m currently writing from Cambridge, UK and, as such, the day is already almost over for me. Nevertheless, I can give an account of my happenings today as a medievalist and digital humanist (or, a digital medievalist!).

While I am affiliated with the University of British Columbia, I am currently on a research trip abroad (March-July 2013) in order to track down and study (more than a few) medieval manuscripts for my dissertation. My dissertation focuses on medieval gaming manuscripts (e.g. chess, questions of love, games of chance, etc) and their reception in the later Middle Ages. Surprisingly, most of the manuscripts I need to consult have not yet been studied in any detail. I am writing a chronicle of my travels on my unblog ‘Leaf & Leisure’ here (in case anyone is interested in knowing more about the project).

Since I am abroad, many of the activities I normally do on a daily basis—which includes programming apps, games, and websites—have been put on hold until I return out West. I have attempted to divide my time in Europe between working in the archives and exploring the cities, historical sites, and places across Europe (hence the chronicle name, ‘Leaf & Leisure’.)

I arrived in Cambridge this past Saturday right after giving a talk on medieval chess problems at Oxford. I then spent the weekend walking around the city and enjoying the sunshine. Today I began work at the Cambridge University Library.

Here is a breakdown of my day so far:

I woke up a little later than planned, got ready, and walked to the library (about a 25 minute walk up the River Cam and through the park). Since this is my first time in Cambridge, I had to register for a Reader’s Pass. I shall be here until April 15th working in the archives, so I had requested a temporary pass, which was free: 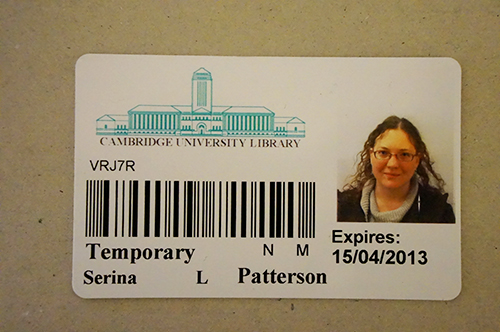 I then made my way up to the third floor of the North Wing, through a labyrinth of corridors and bookshelves, and managed to find the manuscript reading room. After I filled out the necessary paperwork, they were convinced I was, in fact, a researcher and let me in.

I spent most of the afternoon transcribing a little-known Middle English excerpt of Le Voeux du Paon  in the Findern Manuscript (MS Ff.1.6), which is the only extant translation of the Middle French romance into English. Oddly enough, it is the passage describing a courtly game of love in Le Voeux du Paon, often called ‘Le Roi qui ne Ment,’ and sometimes acts as a form of instructions for readers. Here is a short snippet of a passage I transcribed today (stanza 3, and it is not perfect yet):

Now syave[?] they chose ther kynge for to be

Tho the goddys above ensured now ys ho

He shal not spare for love ne for graine

And at Þe begynnyth of this fresh game

A corowne anon upon his hed set was

The Findern manuscript is a significant manuscript for understanding the literacy and readership of women in fifteenth-century England. Over a century in the making, it is a household miscellany containing excerpts from Chaucer, Gower, Hoccleve, Lydgate, Clanvowe, and other poets. The manuscript has a large collection of lyrics and is a decidedly ludic compilation, gathered by women for pleasurable reading; it thus reflects the literary tastes of the later fifteenth century. Few other manuscripts in the Middle Ages show such explicit traces of female participation in their production and circulation. The Findern is also important for understanding the ways in which miscellanies were collected and compiled, and over forty hands have been identified in its leaves. My text finds its place in its very own quire—Quire O on fols. 166r-178v—in a fifteenth-century secretary hand. A short ballad in the same hand accompanies the text on 178r.

I was feeling incredibly hungry by about 3:30pm as I realized in my excitement to work with the Findern that I had forgotten to eat. I took detailed, hi-res photographs of each leaf in the quire so I could continue transcribing the text later. I also want to compare it with Karl Rosskopf’s 1911 edition of the text. I then reserved two manuscripts that I will work with tomorrow (both Middle French copies of Jean de Vignay’s Jeu des Échecs Moralisés), grabbed my belongings, and headed off in search of food.

I found a small Italian restaurant by the river that, incidentally, had a large wooden mill in the centre of the floor. I had the restaurant to myself as the only customer and enjoyed a late lunch listening to birdsong and the river as it rushed by the mill. 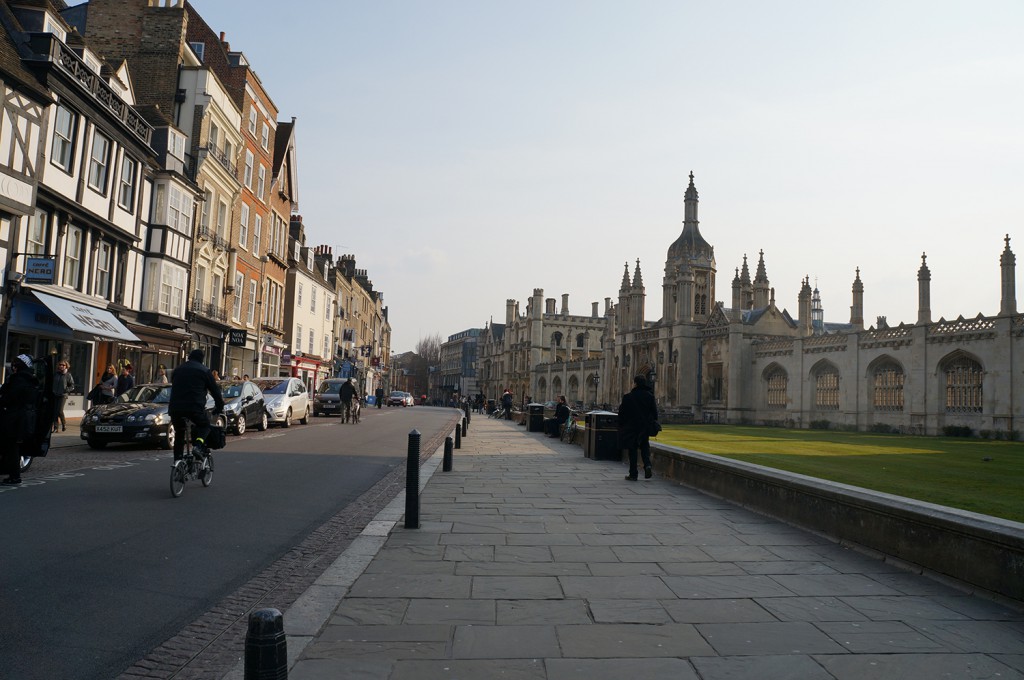 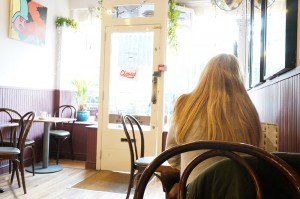 After lunch I decided to do some more wandering and exploring. I walked around the campus, past Corpus Christi and King’s College, and found a lovely crêpe cafe, Benet’s Cafe, located on King’s Parade. I relaxed with a honey/banana crepe and hot chocolate, watching students and tourists pass by and reading up on exposure with Bryan Peterson’s Understanding Exposure (and using his incredibly helpful advice to figure out how to strike the right balance between aperture, ISO, and shutter speed on my camera).

When I returned to the apartment, I answered emails and finished up some final edits for a website I am building for a client. I made a note that I must put in some time for web design and final mockups later this week (between exploring the archives and streets of Cambridge). I must also email the person I am staying with next week to confirm arrival schedules.

After this post I shall be heading out again to play some traditional Irish music on my various tinwhistles at the pub down the street. Cheers!